Gamification for apps: The best way to scale up engagement and loyalty 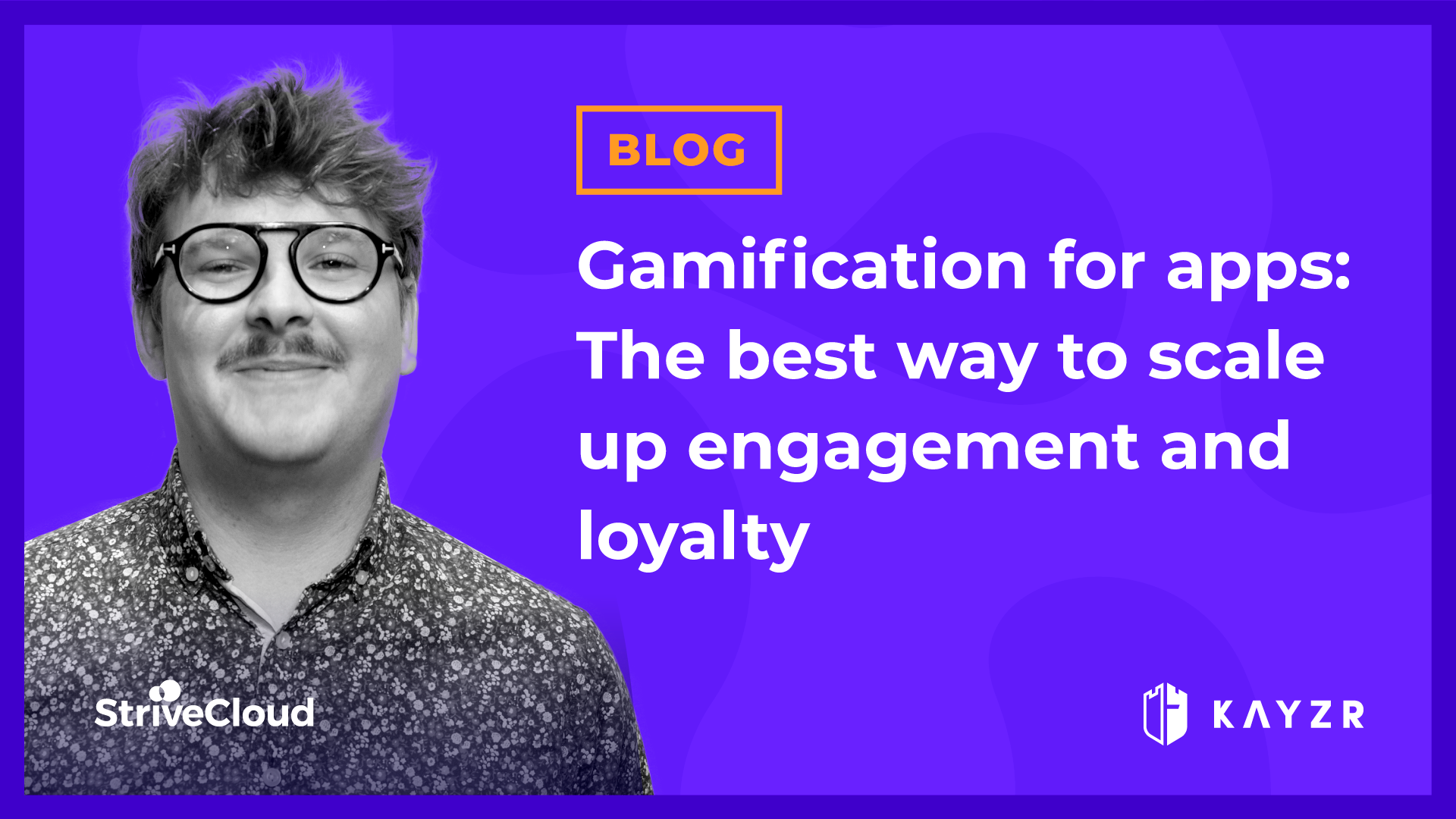 Sports organizations and players are using new technologies to reach a global audience, especially the hyper digitized youth. To keep audiences engaged, sports clubs and leagues need to build an interconnected fan engagement platform that offers immersive experiences. However, it’s hard to grow userbases and even more so to keep users active on a platform. Gamification for apps might be the way to go.

But can sports organizations keep their fanbase active or will they lose out on engagement? Let’s find out!

Sports fan engagement is becoming increasingly more important. In a globalized world, fanbases reach far beyond the local community. With sometimes over hundreds of millions of fans, the attention of so many people offers a significant commercial opportunity.

Almost any sports club or league has an app to complement their website. Unfortunately, they experience how hard it is to keep fans active on their apps. The mission is to keep dropout rates low, and daily usage high! It’s one thing to acquire new users, but a whole other challenge to keep them active on the platform. Fans only use a handful of the apps they have. As a matter of fact, in 2019 25% of fans abandon the app after using it just once. After the first 3 days, it drops by 77%. 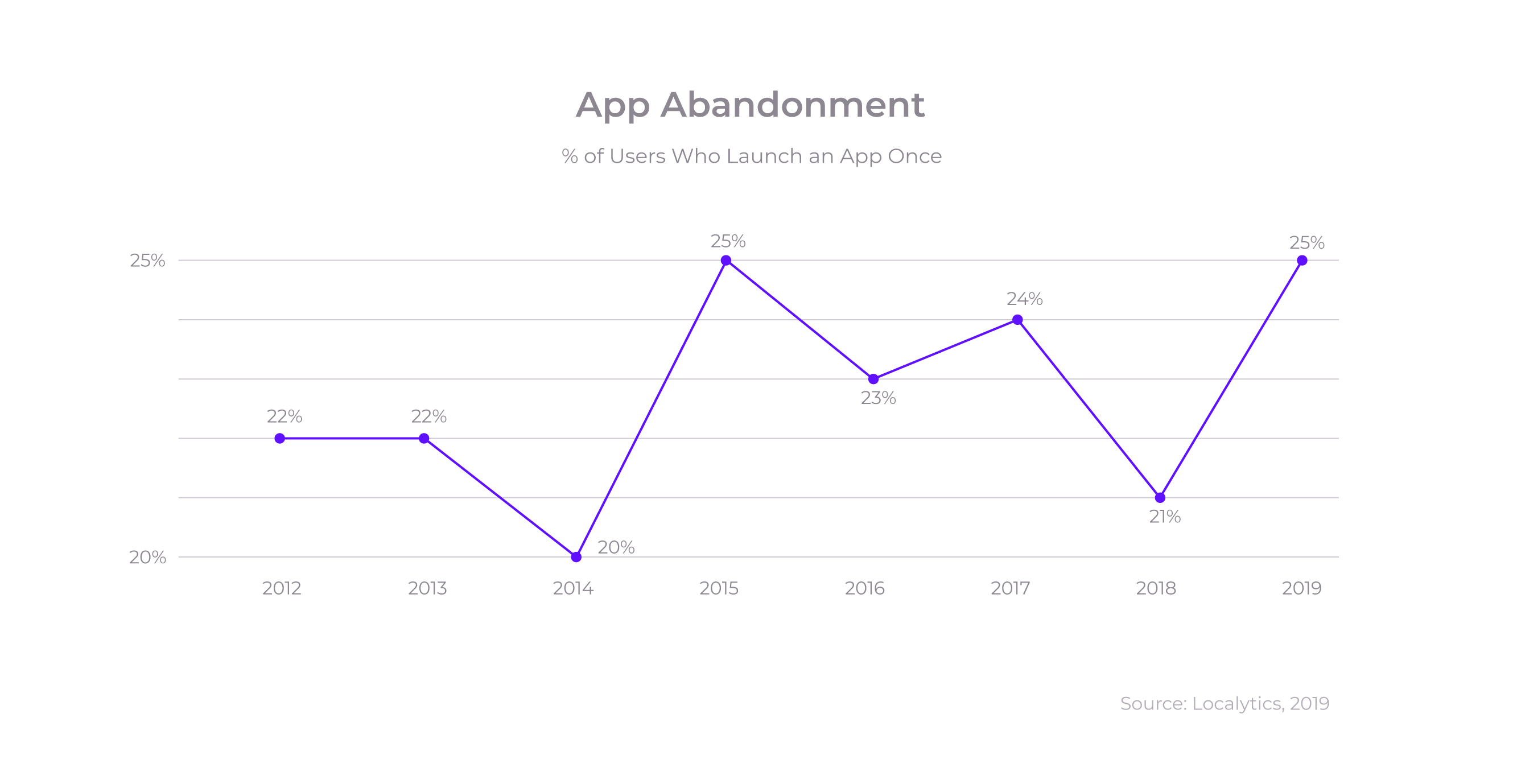 “It’s a major challenge to communicate at scale but still have an impact on individuals. It’s something that clubs can’t afford to ignore in the digital age when both organizations and players are so exposed through social media.” Adam Field, Head of Global Fan Engagement @ Chelsea FC

App development however often requires a high initial investment, therefore it’s important for sports organizations to think about if they actually need an app and if so, how it will engage fans. Continuous investment in engagement is still needed to prevent significant drop-offs or create re-engagement campaigns.

Even ESPN, one of the main sources for sports news & commentary sees their app usage drop exponentially. Younger generations are on the lookout for more personalized experiences. Over 85% of them are willing to share extra data in return for tailored content offers and discounts.

A fan engagement puzzle – Is gamification for apps the final piece?

If you have a smartphone, chances are you’ve already experienced in-app gamification without realizing it. For instance, Facebook developed a legendary digital experience designed to make you hooked. They have personalized notifications to lure you in & then show you the content you like best so you keep coming back.

Gamification for apps awakens curiosity and fosters competition. To gamify doesn’t mean to create a game. Although the mechanisms that make video games so enjoyable are used to support business goals.

Gamification for apps thrives when users are intrinsically motivated. That’s when they enjoy the experience in itself. This type of motivation stems from personal passions, the desire of having fun, or feeling of self-worth. It can be compared to the dedication a fanatic has for his or her team.

On the other end of the spectrum, you have extrinsic motivation. These are the external triggers that push the fan journey forward. These are found in prizes, money, and social status. 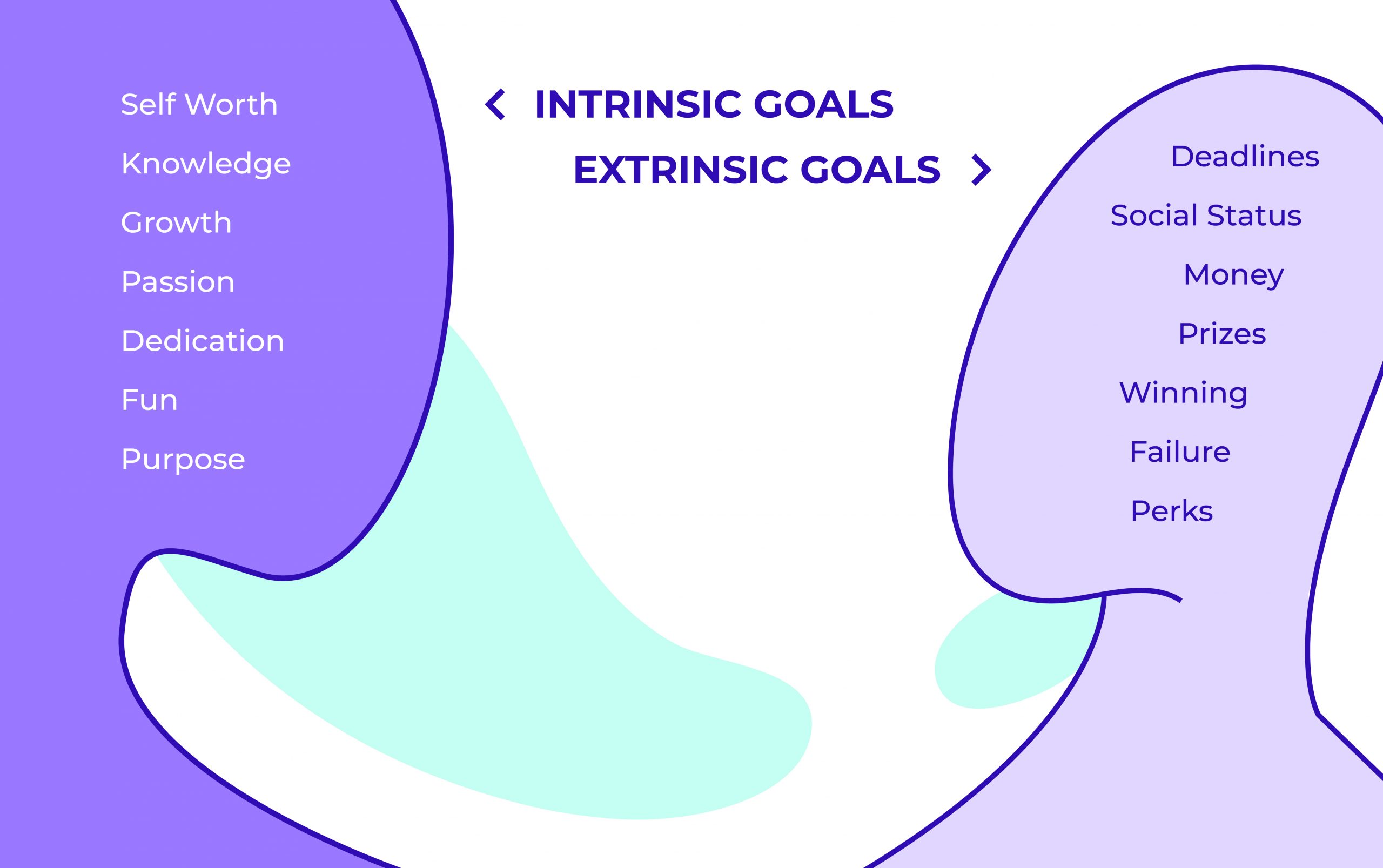 Finally, gamification for apps allows you to increasingly gather data on users based on behavior and feedback. You can use this data to improve the experience by personalizing it and reinforcing the behaviors they are already doing.

Real Madrid is one of the biggest football clubs with over 500 million fans from all around the world. They also happen to be among the innovators when it comes to fan engagement. Along with Microsoft, the club designed a platform that could capture all fan interactions. Be it a mobile check-in at the stadium, a status update about the club, or merchandise purchase.

“Advances in technology have helped us reimagine fan engagement and create new business models that we never thought possible. And that enables us to establish a relationship that is more personal and direct with our 500 million fans around the globe.” Rafael de los Santos, New Media Director @ Real Madrid

With all that data Real Madrid can predict, track, and analyze fan behaviors across various physical and digital touchpoints. That way it can deliver a personalized experience for every single fan and reward desired behaviors.

Moreover, their omnichannel approach grew fan profiles by about 400% in the past two years, now reaching multiple millions.

Kayzr is the largest esports community platform in Benelux. Gamers can compete in tournaments to win Kayzr coins, which they can then use to buy items in the online shop. Kayzr teamed up with StriveCloud to grow its user base without losing esports fan engagement or increasing spending on retention. After reinventing the platform Kayzr version 4.0 launched and gained over 350% more users after just a couple of weeks!

One of the main challenges Kayzr had before coming to StriveCloud was the high user retention cost. Every player that participated in a tournament got a standard amount of virtual coins to spend in the online shop.  Besides the tournament system only allowed for tournaments at set times, always with the presence of a moderator. However, in the new league system players would get fewer virtual coins to buy things from the shop.

“People are coming for the rewards, but if you take them away engagement suffers. With StriveCloud’s help, we created a new reward system focused on moments of surprise and user empowerment, and engagement is higher than ever.” Pieter Verheye, Community Manager @ Kayzr

To minimize the dropout rates as much as possible, the StriveCloud team created a lottery system to spark users’ curiosity and secure scalable engagement. Users receive lottery tickets for actions like leveling up, ranking, or for winning badges. They can even bet on certain rewards on tradable collectibles in the online shop. The anticipation in itself shows to be an impactful dynamic. 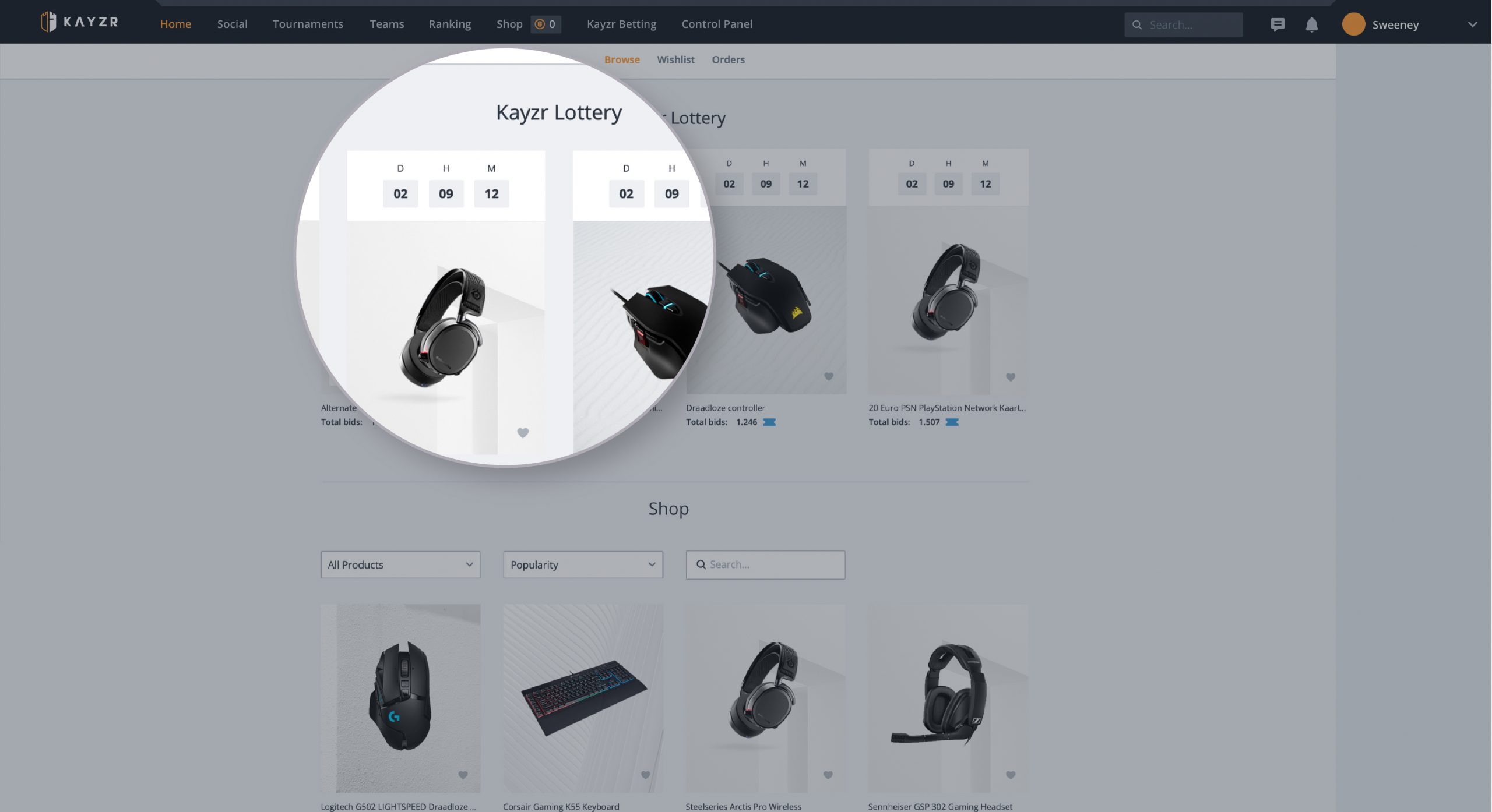 The reward system got an update to focus more on intrinsic motivation by adding elements of unpredictability and empowerment. In addition to the usual coins, every profile now got an “experience meter”. These showcase the levels publicly calling on the desire to progress. 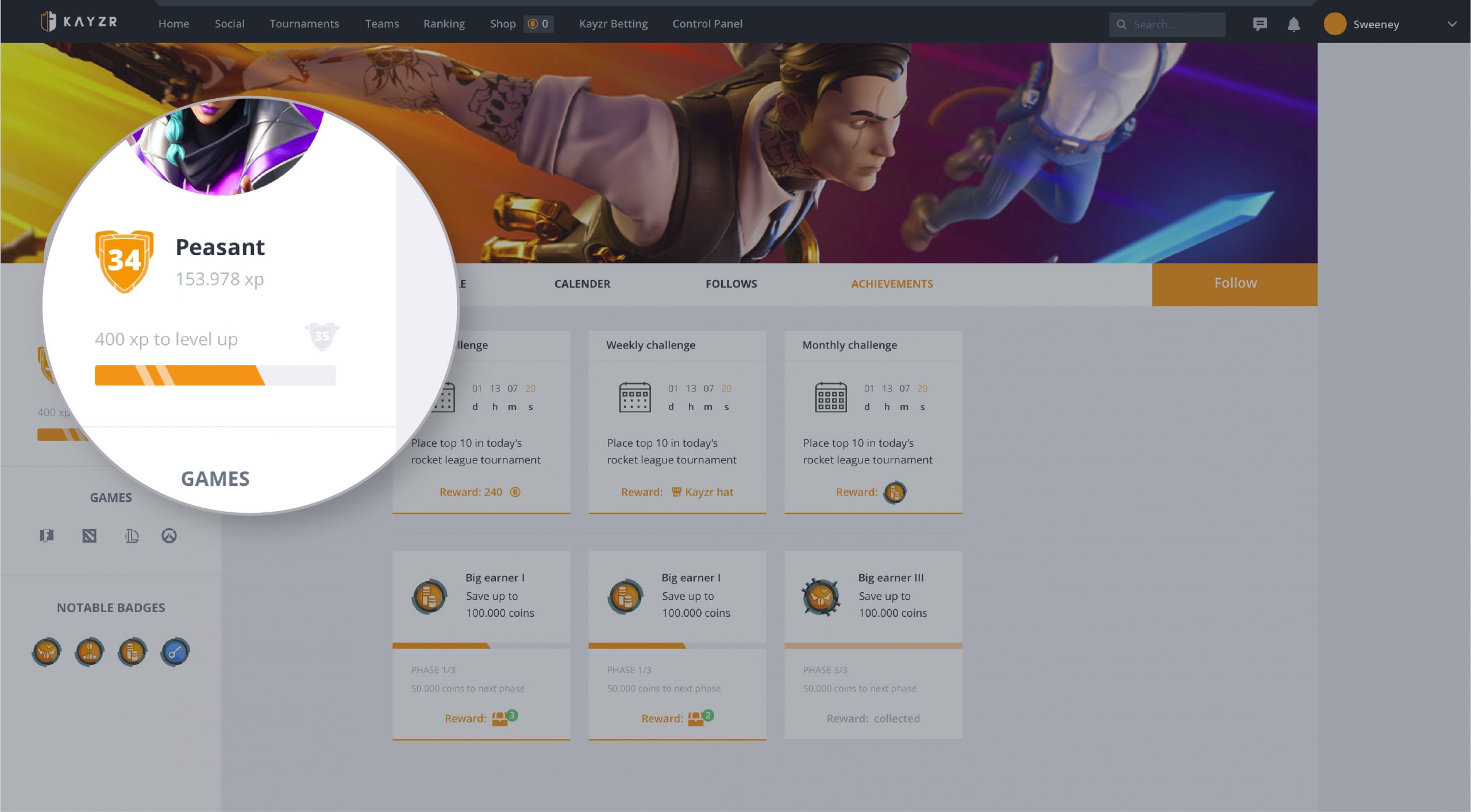 Next to the league and lottery system, Kayzr added a few other mechanisms to ensure daily engagement on the platform. For instance, to give all participants a fair chance of winning in the new league system, StriveCloud added “game fuel”. With that fuel, users could play to rank. Once they run out of fuel they can still continue playing, but their scores won’t be added to the leaderboard.

Additionally, the challenge system got reinvented with daily and weekly challenges that help users level up and gain rewards such as badges or lottery tickets. Not only does it motivate users to keep playing, but the challenges are also set to help users discover all the features on the platform. For instance, the on-boarding instantly system rewards users along the way of exploring the platform and trying out new features.

Lastly, to ensure the peak times on Kayzr 4.0 “Hotzones” were added. Hotzones are fixed time frames during which all rewards are doubled for competing.

The results were astonishing. Kayzr grew its user base by 350% and received 1 year of 24/7 eyeball time in just one day! Additionally, they gained over 60% more daily active users, with an average of 1,5 hours of playing time per week. This way they succeeded in their goal of growing their user base while reducing the costs of keeping users active on the platform.

Sports clubs need to adapt to today’s digital world. They do so with digital fan engagement platforms, however, the high initial investment and equally high dropout rates are a big hurdle for most. On average 25% of all people abandon an app after using it just once.

So how can you grow a user base while cutting costs on retention and loyalty? The answer seems to be gamification for apps! It leverages data & rewards to trigger emotional drives so that a user gets and stays motivated to carry out an activity.

Esports platform Kayzr for instance successfully gamified its product, growing its user base by 350% and gaining 60% more daily active users. Gamification helped them grow esports fan engagement with 1 year of 24/7 eyeball time in just one day as well as an average of 1,5 hours spent on their platform every week.

Want to find out more about Kayzr’s success story?