What is the best tournament platform to keep gamers engaged? To answer that question you need to know what drives gamers in the first place. Sure, the sense of competition will lead some to your platform, but how do you keep them there? Is it your bracket maker? The competition type? Gamified rewards? 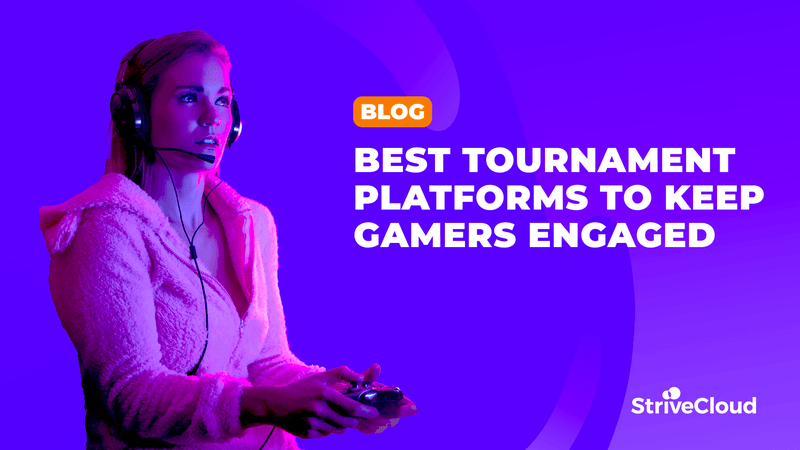 Find out everything you need to know right here:

The secret of keeping gamers engaged

First and foremost, gamers like the competitive aspect of tournaments and being able to rank on a leaderboard or win prizes. However, some gamers like to play just for fun. They can be driven by the social aspect of gaming, or enjoy game-like features such as achievements, leveling systems, and various rewards such as badges, in-game currencies, and lottery systems.

Besides tournaments or the game aspect, elements like your team line-up, new players, professional esports, tactics,… also matter. Gamers nowadays want more than just to play the game. A game like FIFA for instance has a ton of different elements to it. Being a part of that entire ecosystem is what will help your community keep gamers engaged over the long term.

Find out everything you need to know to build a successful gaming & esports community in our ultimate guide!

6 Tournament platforms & how to pick the right one

StriveCloud is more than just a tournament organizer but rather a centralized place to connect, engage & monetize your gaming audience. Run fully automated tournaments for all types of games from FIFA to CS:GO and LOL. With a wide range of loyalty and gamification features, as well as monetization opportunities, you’ll get the most out of your audience! 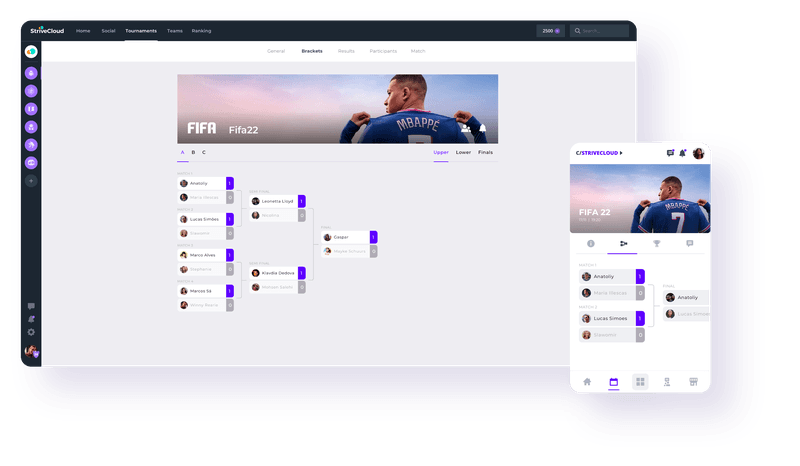 Challengermode promotes value-driven marketing by connecting brands & organizers with esports enthusiasts. Its platform has everything from automated tournaments and community spaces to monetization options like affiliate programs & memberships.

Challonge is a bracket maker owned by Logitech with over 30 million brackets in its portfolio. The platform also lets you host multiple tournaments & event pages where you can invite friends or game enthusiasts to join.

Toornament allows you to set up gaming and esports tournaments in different formats. Get everything from a bracket maker and automated group pairing and invite up to 100 participants per match.

It’s simple, gamers love gaming because it’s fun. So how can you make the experience even better? Tournaments add a sense of community around the game. It’s also a great way to connect gamers with similar interests. Besides meeting new people, lots of gamers will also invite their own friends to partake.

2) Create the desire to win or achieve

Lots of gamers are driven by a sense of competition. They have a desire to win so they can either get prizes or earn social status within the community. Some gamers will literally put in the extra hours so they can rank higher on the leaderboard. Make sure to not bore or discourage gamers by striking the right balance between challenge and ability.

Besides playing in tournaments themselves, gamers also enjoy watching their favorite streamers or celebrities compete. Whether it’s the sheer skill of them playing, or the funny commentary that comes along with it, it’s great entertainment for your community. You could also let fans compete against their favorite gamers or esports players for extra fun!

Invite professional gamers to compete against one another, or give the top gamers in your community a chance to go pro. Esports is not just a geeky trend anymore. Professional gamers and esports leagues are in-demand so why not fill those requirements?

Imagine getting paid to do what you love. Well, some gaming communities actually allow gamers to win valuable rewards & prizes. Sometimes even straight-up cash! Set up a premium gaming community or organize buy-in tournaments to up your prize pool. In short, it’s a surefire way to keep gamers actively engaged in your community.

Organizing tournaments is also a great way to stay relevant both in and outside of your community. You can promote everything from announcing the event to your bracket maker match-ups and prize pools. Use clips & highlights from your competition to reach more people on social media. Some tournament platforms like StriveCloud even allow you to stream directly on Twitch!

Link with all popular games from FIFA to Fortnite, CS:GO, Rocket League, Mario Kart, and the list goes on!

2. Create a leaderboard & set up gamification

Boost gamer engagement with gamification items like leaderboards. You can create both community-general or tournament-specific leaderboards. Then, determine the achievements & behaviors you want to reward. We got everything from in-game currencies and shop items to leveling systems and badges.

Create your tournament, competition types, and set up your bracket maker. Whether you want to create a unique one-off tournament, a recurring event, or an ongoing league, StriveCloud got you covered!

StriveCloud can 100% be automated, or moderated as you wish. Simply select when you want tournaments to occur and for how long.

All this in just 2 weeks! Get a demo & see how you can get started!

What’s great about working with StriveCloud is you get to set up your gaming community in any way you like. Our platform is entirely white-labeled with lots of built-in monetization opportunities & gamification features to keep your gamers engaged.

Here’s how some of our clients have used it to their advantage:

Kayzr is the leading gaming tournament platform in the Benelux. They let brands connect & engage with their audience by setting up a custom community on their platform.

Kayzr recently joined forces with the Belgian football club KV Mechelen and its sponsor Golden Palace Casino to create a unique FIFA tournament for its fans. KV Mechelen got its fans to sign up. Besides proving the club with screentime & visibility, Kayzr also sent out a targeted campaign to all its FIFA players. In 1 day over 130 players signed up!

Other companies like Red Bull have also worked with Kayzr to let gamers exchange their points for sponsored items in the shop.

Jantje.gg is an esports platform initiated by the KNVB in cooperation with KPN to connect FIFA players in the Netherlands. Its reward program is based on participation rather than winning. Gamers can earn coins and exchange them for prizes by logging in, entering in tournaments, completing missions, and so on.

They recently hosted a league with the Dutch FIFA esports coach and personality Koen Weijland. The bracket maker put players against each other for the title of ‘Dutch Champion’ as well as win 5,000 euros! During the tournament, Koen would also give away prizes. Of course, everything was streamed on his Twitch. 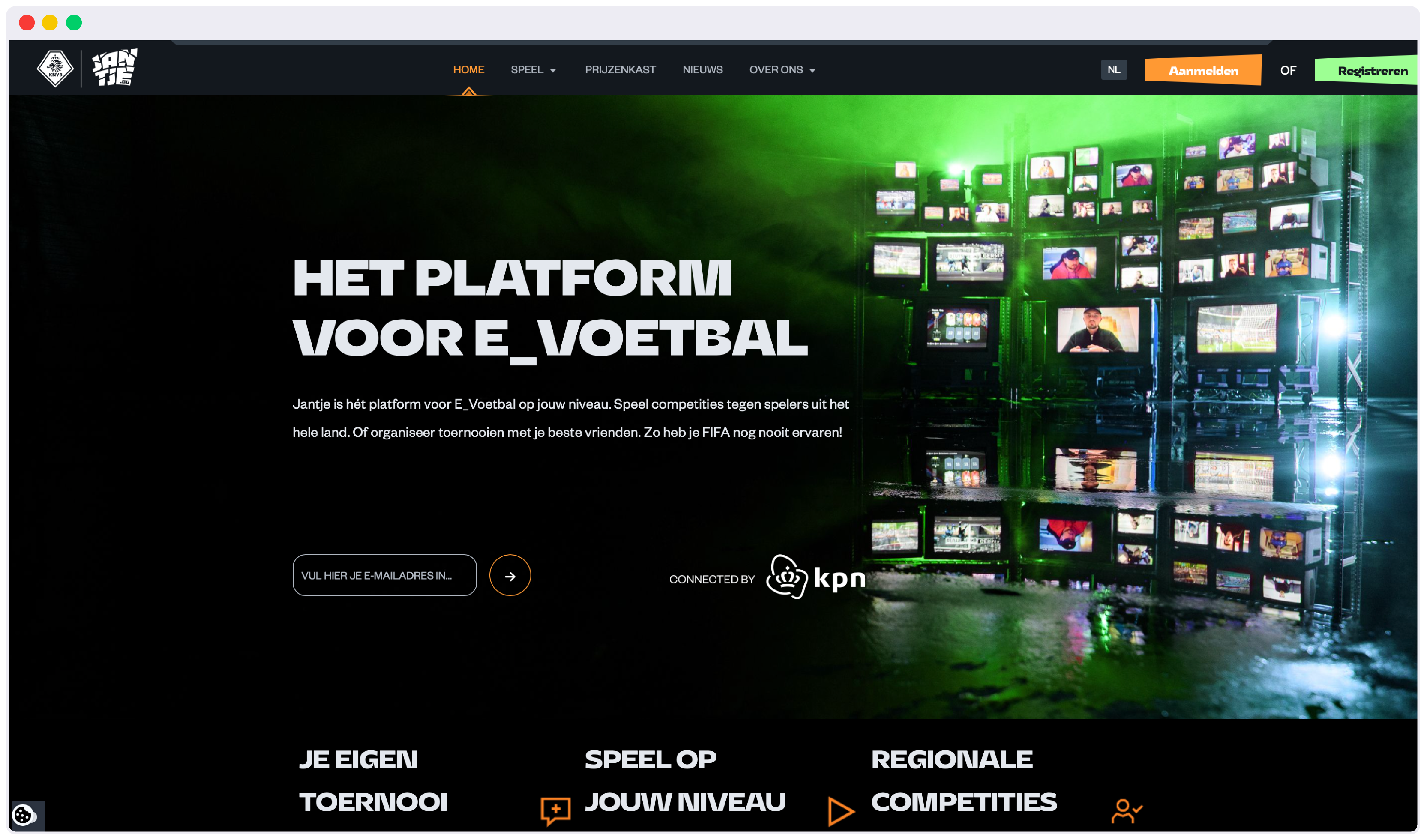 D11 works with leading Telecoms and connects notable brands with the gaming audience in the MENAT region. Its gamers can earn prizes from a 250K prize pool, simply by winning tournaments. In short, players earn D11 gold which they can exchange for high-quality prizes like Logitech products, VISA Mastercards, or even straight-up cash.

Gamers that subscribe to premium can win up to twice the prizes and get access to a wide range of perks such as bonus points, shop discounts, private tournament invites, and more.

An all-encompassing platform, tailored to your needs! Discover how StriveCloud can power your tournaments & community growth!

What are the secrets of keeping gamers engaged?

Today’s gaming audience has 3 main reasons to be engaged in a community. We call this the 3C’s of gaming communities: connect, compete & content. Basically, gamers will come to you for a sense of social relatedness, the desire to win or to be entertained. Building your community around these elements will keep gamers engaged.

How do tournaments keep gamers engaged?

Tournaments can play into the 3C’s of gaming: Connect, compete & content. Bringing people together with similar interests makes for interesting interactions. Some players will even invite their friends. Hosting competitions will also trigger the desire to play, especially when prizes are involved. Furthermore, tournaments can be used as content through streaming, announcements, or highlight clips.

Table of Contents
1. The secret of keeping gamers engaged
2. 6 Tournament platforms & how to pick the right one
3. 6 ways gaming tournaments elevate engagement
4. How to set up your own tournaments with StriveCloud (in 4 easy steps)
5. StriveCloud in action – client examples
6. FAQ