In our fan engagement-breakdown series, we talk about how some of the most successful sport clubs pivoted their fan engagement during lockdown, and manage to activate their fans without live competitions. In this blog post we will look at what Real Madrid is doing to retain fan engagement.

In part one we did a breakdown on how England’s most popular football club Manchester United tackled the crisis. Make sure to check it here if you missed it!

The stoppage is hitting clubs financially. With no live matches uncertainty is surrounding broadcasting deals and sponsorship agreements. Spain is facing the same problem as England, declared Javier Tebas, president of the Spanish football association. The biggest problem is the lack of content due to match cancellations.

Curious what that is? So are we!

What is the impact of COVID-19 on Real Madrid?

Football is one of the most popular sports in the world. Huge fan bases with over millions of fans from all over the world sell out stadiums very easily. Real Madrid earned around €140 million on ticket sales and €250 million on TV transmissions in 2019. These added with shirts, tracksuits and other branded clothing brings their earnings on a total of €751 millions for one season only.

The Spanish newspaper, Diairo AS, wrote an article where they show us how big the financial losses will be for the top clubs in Spain. We can conclude they will suffer deeply from the postponement of the League. Which is logical as they sell a huge amount of tickets and take a big part in the television broadcasting rights. A calculation showed us that a club like Real Madrid will lose around €150 million due to cancelled matches.

In the same article was calculated how much Real Madrid earns for a single match. One single game in their stadium (Santiago Bernabéu)  gets them around €4 million. With at least 8 unplayed home games left this season, they will lose around €32 million from matchday earnings only.

Real Madrid has one of the biggest stadiums in Spain, which can be visited during the week. Since fans aren’t allowed to go see live matches the club will lose around €1.5 million every single month to visits, which is around €28 million a year. 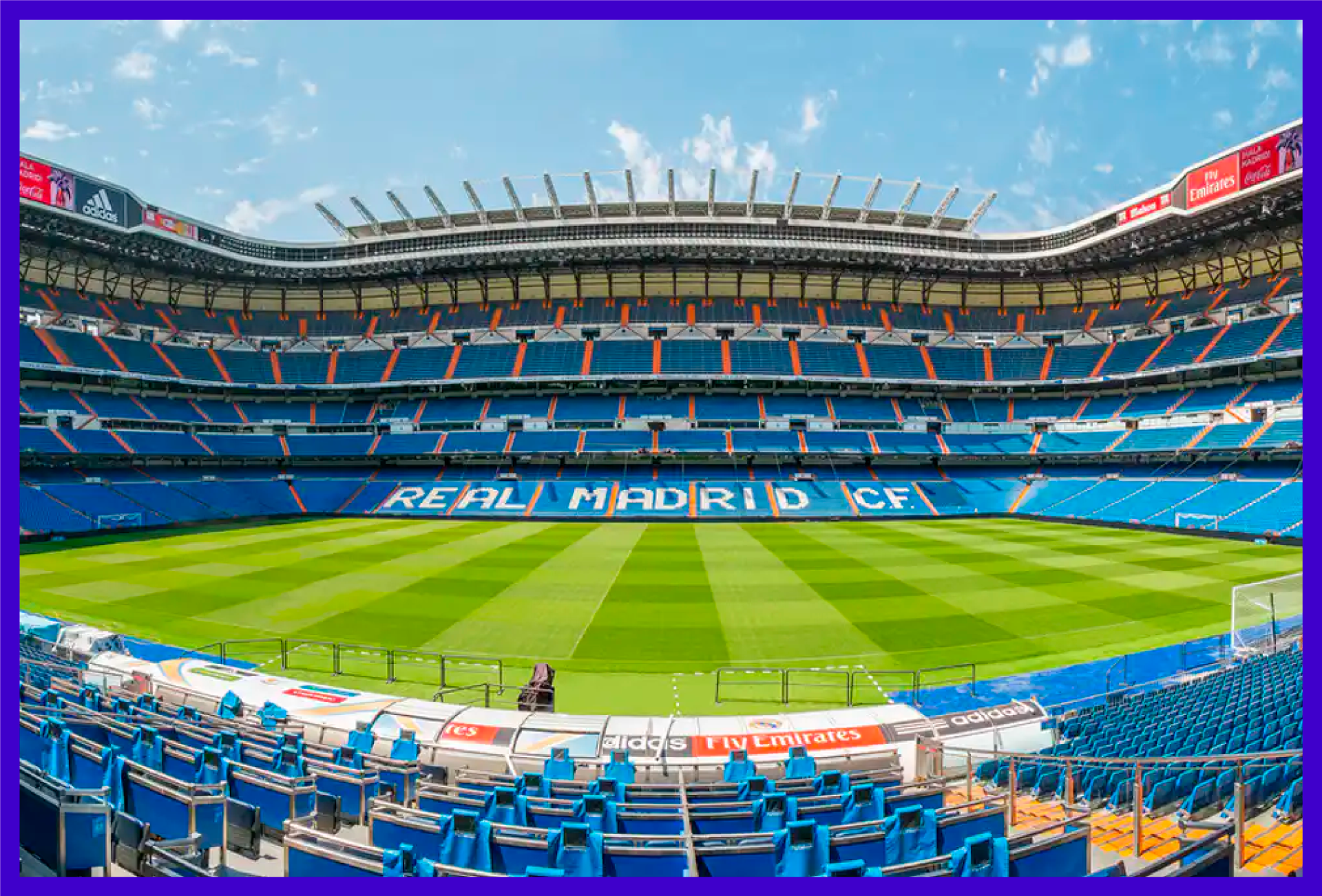 So how did Real Madrid boost fan engagement during postponement of the League? 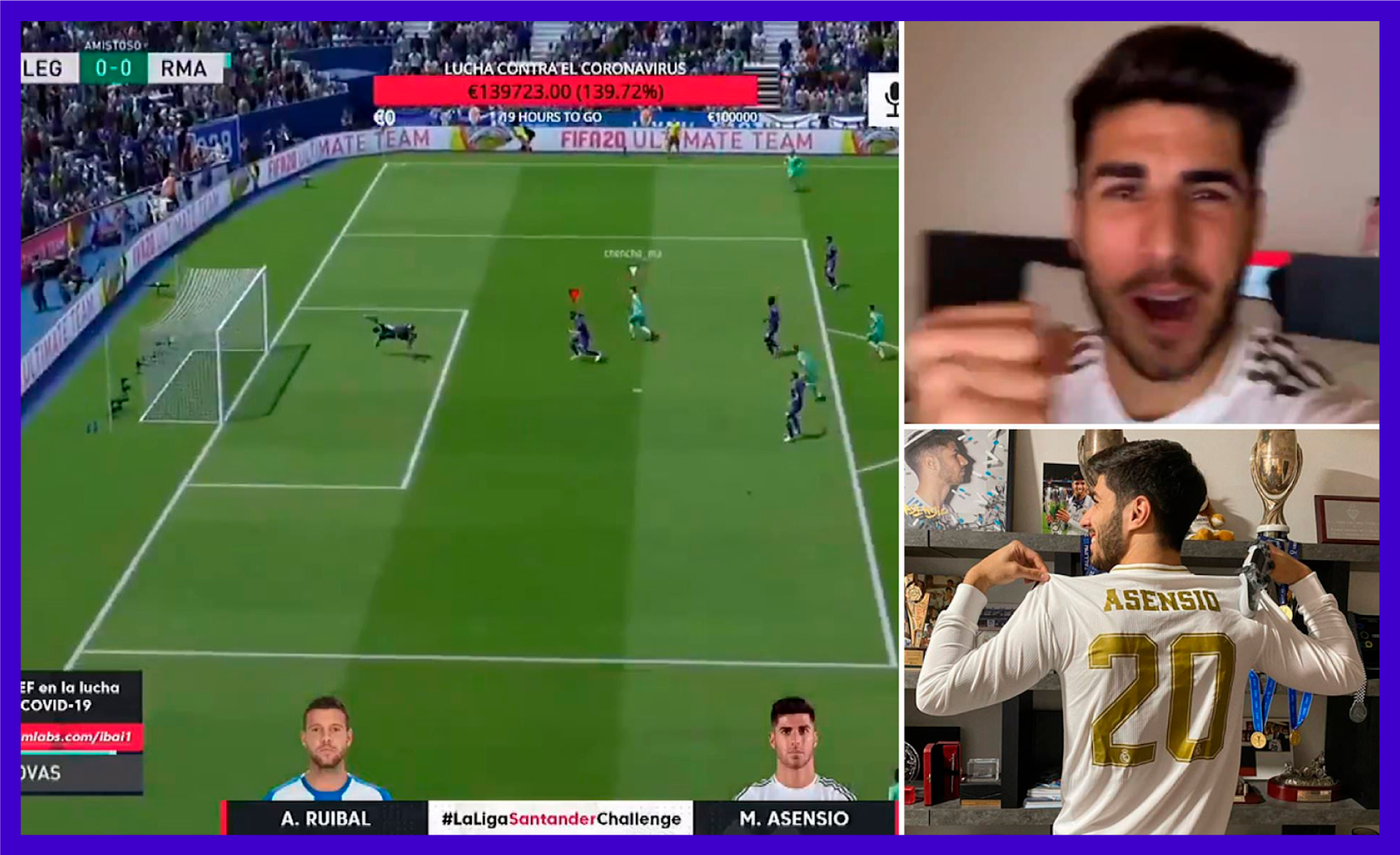 On Twitter, Real Madrid made the #LaligaSantanderChallenge go viral that weekend. Every player placed a tweet with a small video message or an animated GIF which was then retweeted by the official Real Madrid account. They involved everyone: other clubs, players, sponsors and so on. They all used this hashtag in their posts. Even big companies, such as Movistar, the biggest telecommunications brand in Spain, were sharing this hashtag. This means that millions of people from all over the world were informed about this event in only a couple of seconds.

Real Madrid broadcasted the La Liga Santander Challenge on almost every single social media platform you can imagine. On Twitter, clubs and players were sharing the highlights of their own games. The official La Liga account made posts for every single game on Facebook and Twitter. Ibai Llanos broadcasted every single game on his Twitch account, together with Manolo Lama, a professional radio sportscaster, well known for his play-by-play covers by… of course, Real Madrid.

In the morning of the event, Real Madrid’s Twitter account and Marco Asensio himself, were already hyping the tournament with a simple tweet. In this tweet we could see a link to Ibai Llanos’ account. Everyone worked together to make this tournament successful.

As soon as Marco Asensio won his last game, Real Madrid proudly shared this with the fans. They used an animated video of Marco Asensio celebrating a goal in FIFA 20. Again, we can see the #LaLigaSantanderChallenge.

Even when the tournament finished, videos with highlights and even full games were uploaded on YouTube.There were so many broadcasting platforms which made the game easily accessible for everyone who wanted to see it.

On Twitter, Real Madrid asked their fans to be creative and become a journalist for one day. Every fan had the opportunity to prepare several questions which they could mail to the club. This goes from snappy 1 minute interviews to 10-15 minute long interviews. Every week new players answer some questions. They always put 2 players together from the same nation. Those videos are then shared on the official YouTube account of Real Madrid with over 5 million followers.

Spanish soccer giants Real Madrid claim their coronavirus digital strategy has brought in “a huge peak in social media activity” during La Liga’s enforced shutdown. The success has been driven, in part, by a heightened crossover in engagement between the club’s digital and linear channels, according to the club’s director of digital strategy, Israel Garcia.

On Real Madrid’s official Instagram page, fans could follow a lot of throwbacks since the lockdown. Several times a week, major successes, such as winning the UEFA Champions League or beating their rival FC Barcelona, were posted on their Instagram TV channel. Club’s director of digital strategies, Israel Garcia, claimed that there was a huge boost in the interaction on Instagram between Real Madrid’s Instagram page and the fans. Especially when videos of major success from the past were posted. He said that there was a peak on social media during the lockdown.

Finding the right partners can be a major difference when going through difficult times. Instead of going head to head with their competitors, Real Madrid decided to work with different clubs, brands, and athletes to promote charitable events such as La Liga Santander and their own esports playground.

Build the hype with an excellent distribution strategy

The success of La Liga’s virtual charity event had everything to do with its great online distribution strategy. By making small pieces of content such as announcement tweets and highlight videos.

Leverage the power of esports

Not only did Real Madrid participate in the La Liga esports replacement tournament for charity, they also organized their own event. It’s clear fans find it entertaining to see their favorite footballers go against other teams or completely different athletes.

A large part of digital engagement is in keeping the conversation going. One great way to do it is by actually having conversations with the fans. In the “Ask the players” series, the football stars got to answer questions from fans from all around the world.

Fall back on a rich history with your fans

With its founding on March 6 in 1902, the club is now 118 years old. You can imagine they have a rich history with ups and downs. Real Madrid decided to bring back some nostalgia with several throwbacks to some of their greatest victories such as winning the Champions League.

Table of Contents
I. What is the impact of COVID-19 on Real Madrid?
II. So how did Real Madrid boost fan engagement during postponement of the League?
III. In a nutshell:
Go to Top